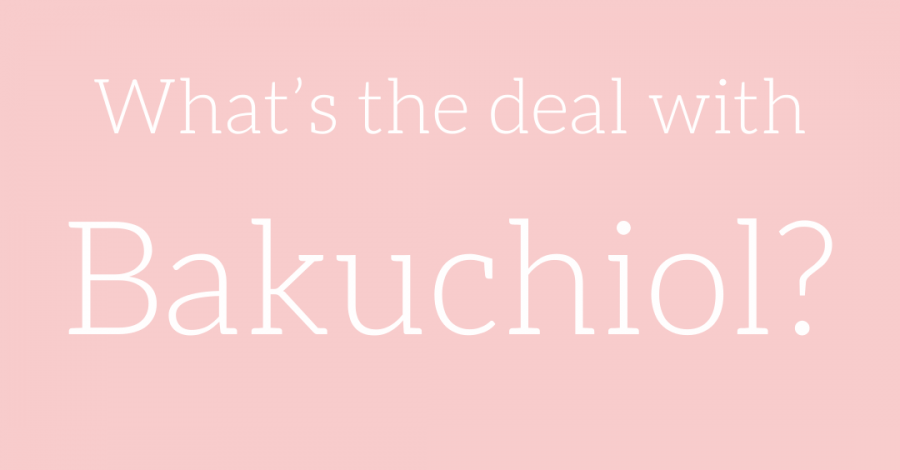 If you’re a skin care junkie like myself, you’ve probably heard of an ingredient called Bakuchiol getting a lot of press lately! There are lots of claims that this plant-derived compound is the new retinol. But is it? Let’s break it down.

The Difference between Bakuchiol and Retinol

First things first: bakuchiol and retinol are not structurally similar compounds as some would imply. However, there are several studies showing comparable function of bakuchiol to that of over the counter retinol. Most studies show that, yes similar effects are seen between groups. These groups use retinol nightly and bakuchiol twice daily in terms of improvements in wrinkles and pigmentation. In these studies, bakuchiol tends to cause less irritation, itching and flaking when compared to retinol.

Also notable, it actually exhibits antioxidant properties as well as the ability to inhibit melanin. Both of which likely contribute to its ability to lighten pigmentation.

Again, the preliminary data does show comparable results in those using bakuchiol and retinol. This is in terms of wrinkle depth and pigmentation. However, retinol is the weaker of the retinoids. There is no data comparing this new ingredient against adapalene or any of the prescription strength retinoids.

« Retinoids- The Gold Standard for Anti-Aging

How I’m Showing MYSELF Some Love this Valentine’s Day »